"N.C. Snodgrass inoculating his peas during the spring of 1916." 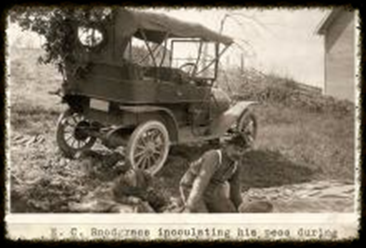 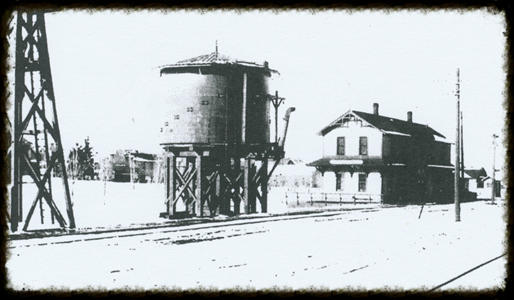 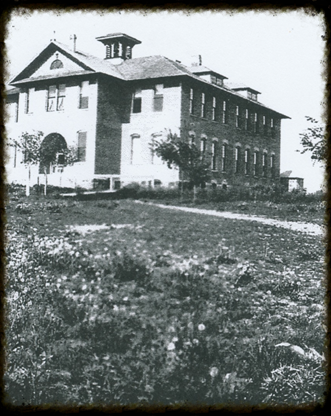 South side of Main Street between Railroad Avenue & Johnson 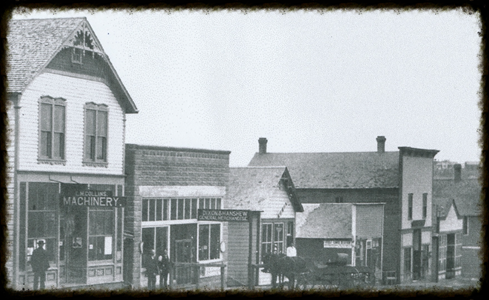 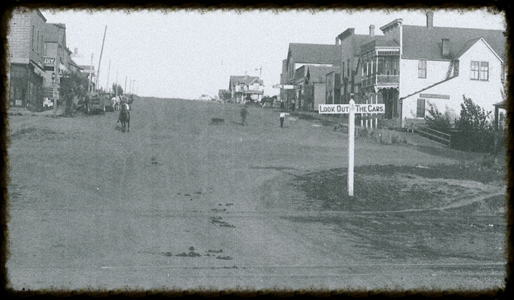 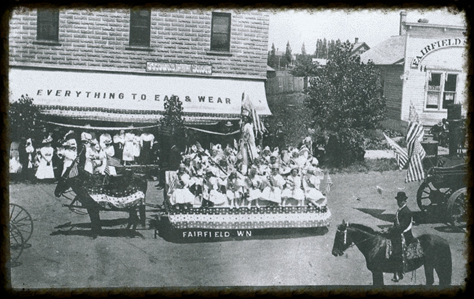 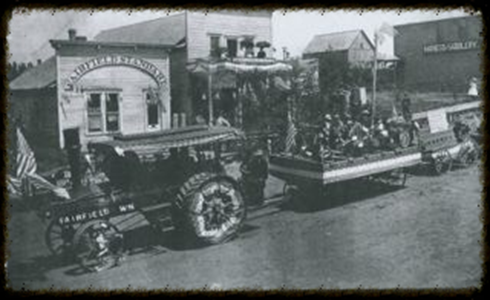 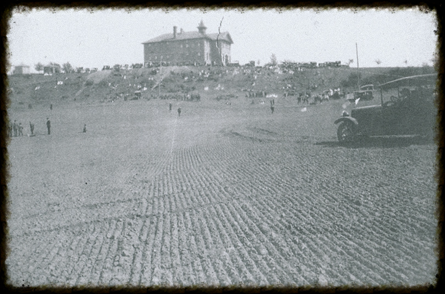 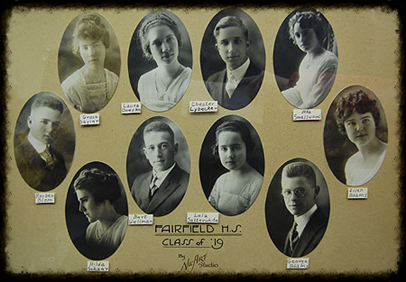 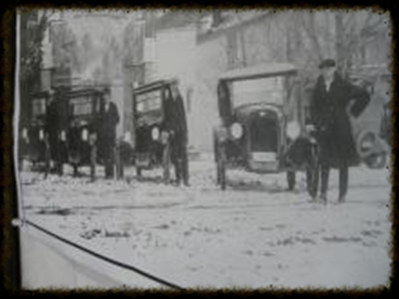 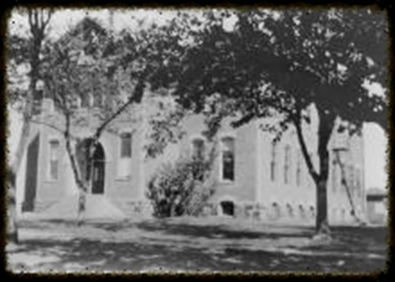 Early 1900's Mission Style building, housed a bank on one end and a post office on the other, designed by Kirtland Cutter 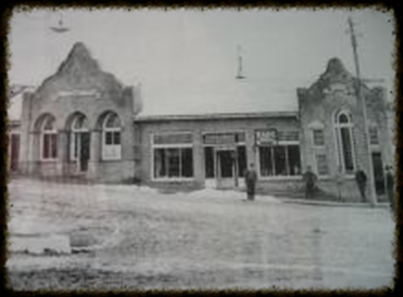 "J. P. Hill in field of oats on farm of Col. Morrison, Fairfield. Mr. Hill estimated these oats would make 75 to 90 bushels per acre. These oats are grown on the ground that produced 63 bushels of peas per acre the  previous season. Photo taken August 14, 1914." 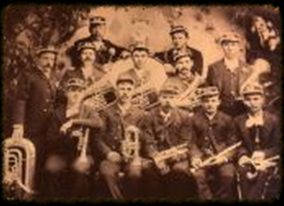 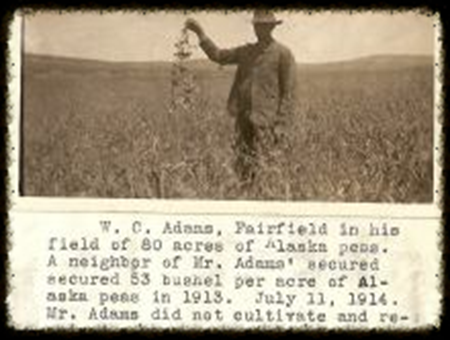 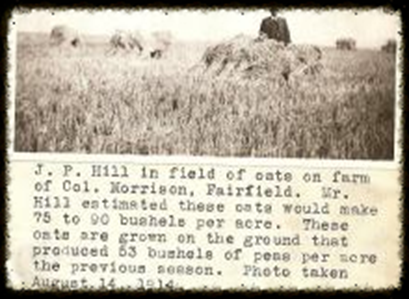 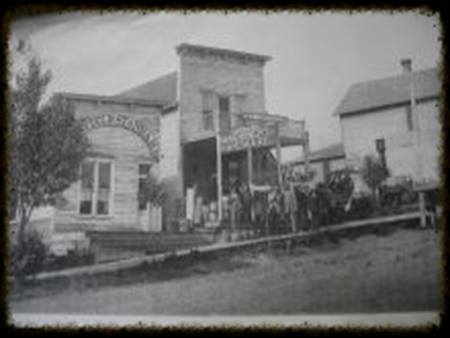 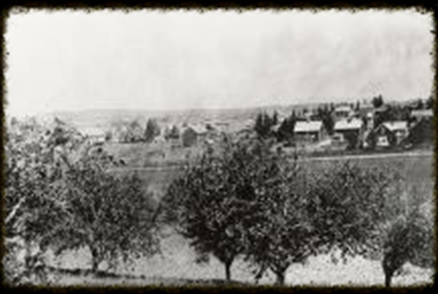 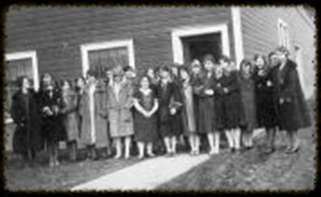 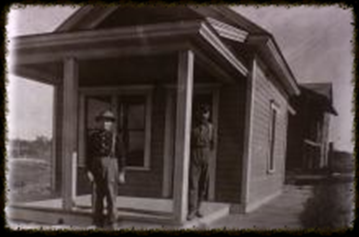 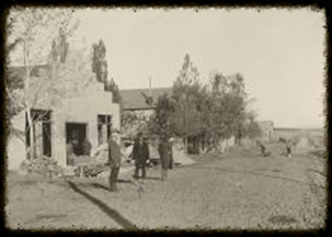