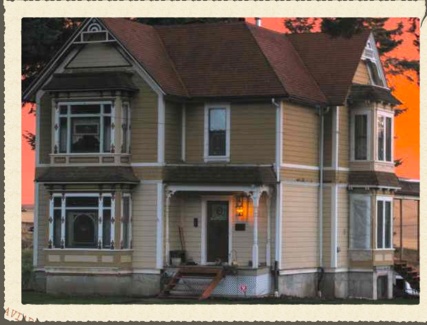 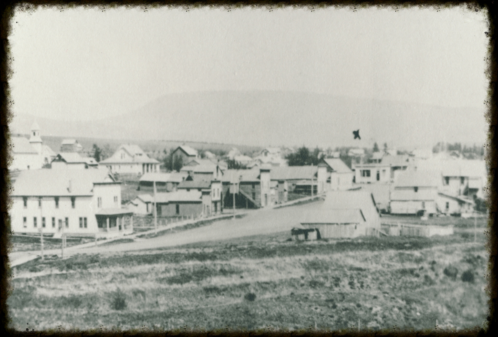 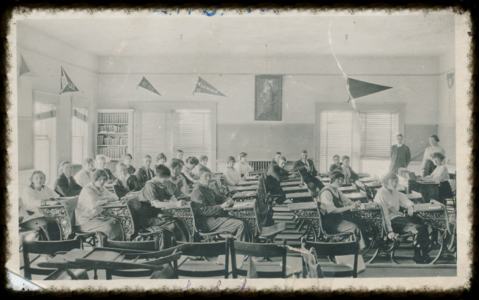 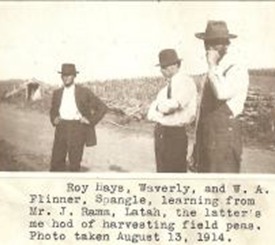 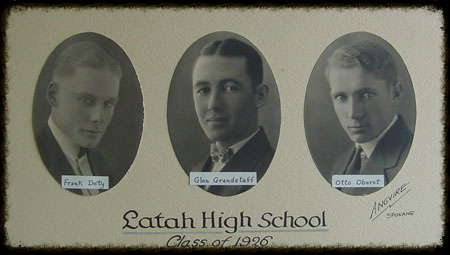 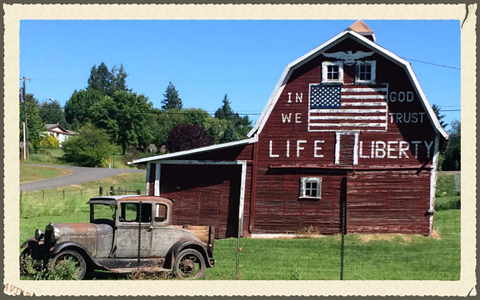 The Latah Schoolhouse, built in 1908, listed on the National Register of Historic Places, now a private residence and event center. 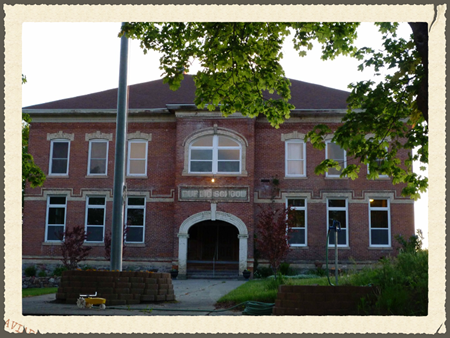 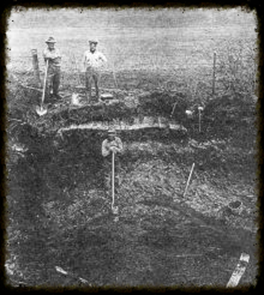 The Latah Mammoth skeleton when it was a star attraction at the World's Columbian Exposition in Chicago in 1893. This mount was 13 feet high. The skeleton was acquired by the Chicago Field Museum in 1914 and has been on display there since that time. 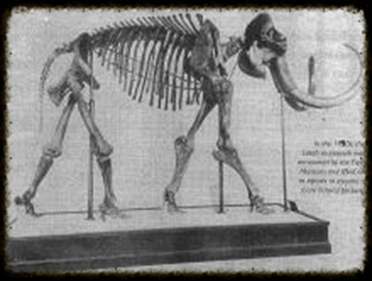 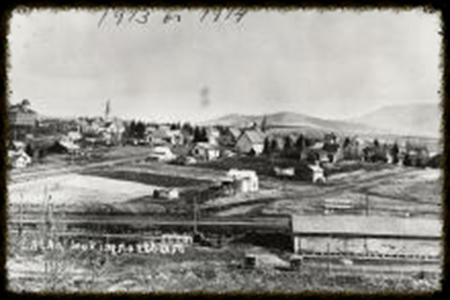 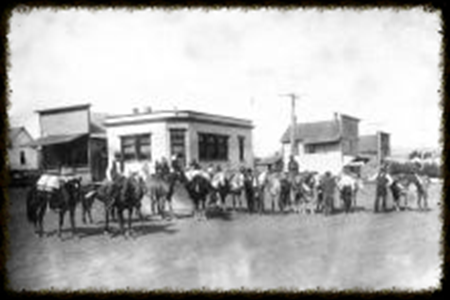 Latah was one of the earliest settlements in the Northern Palouse Region. Situated along  Hangman Creek, and along an important pioneer travel route, it was the site where some of the earliest pioneers established their homes. The soil was fertile and nearby mountains provided timber and fuel. As a result, the area quickly grew.

into a  prosperous town. Schools, churches and all of the businesses of that time quickly appeared. The Town peaked with a population of about 500 residents.

Latah acquired considerable fame as the location of one the first and largest Mammoth bone discoveries in the northwestern United states . This discovery was in 1876 and the phenomena received national and even international attention. For more information on the Latah Mammoth, click HERE.

In addition Latah played a leading role in establishing early schools , particularly at the secondary or high school level. Still an important town feature today is the school building erected in 1908. It was an early day landmark in architecture and style.

This school building and a noteworthy old Victorian house gives Latah two structures on the national Historical Register. Today Latah is a quiet little town of about 200 people . A significant number of them commute to jobs elsewhere.