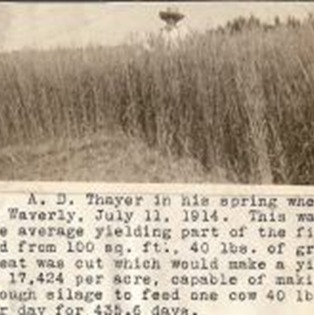 "Taken on the place of James Hayes & Son near Waverly preparing a field for barley. 23 horses in the outfit. The ground had been plowed shallow and allowed to lie for a while and it was then double disked, harrowed, and seeded. Ten horses were pulling the double disk which is a cut-away. Six horses are pulling the harrow and one used by the driver while the other six horses pull the rill. Photo taken April 13, 1916."

"W. W. Goff in his oat patch near Waverly in which alsike clover has volunteered. Mr. Goff is holding some of the clover which he pulled up from along the edge where a good stand is found, but just as the picture was taken he moved his arm, blurring the clover. The clover was over one foot high. Photo taken August 25, 1916"

Editors Note: alsike clover can be toxic to animals

"John Snodgrass of Waverly preparing to inoculate peas which he seeded in his orchard on May 25, 1916. The seed is shown to the left of the picture in the sack. Peas have been poured in the tub and moistened with water that is in the pail at the extreme right, and Mr. Snodgrass has more soil in his hand which he has gathered from the roots of the peas in the garden. very excellent results were obtained from the peas which he seeded in his orchard." 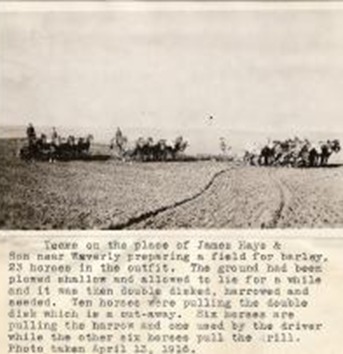 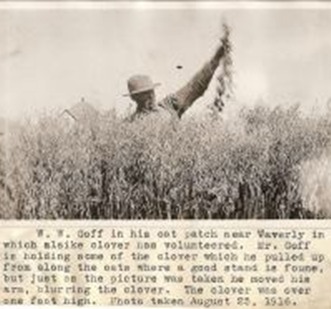 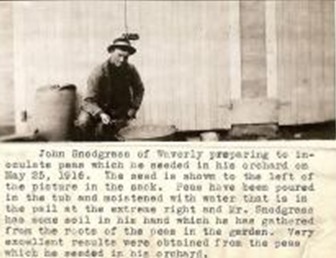 "Harvesting peas with a green pea harvester on the farm of James Hayes at Waverly. Mr. Frank Mason driving." 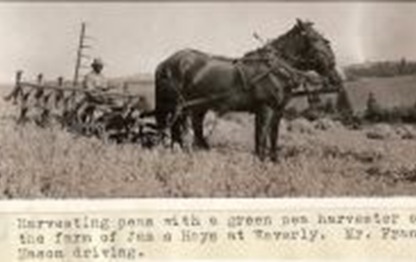 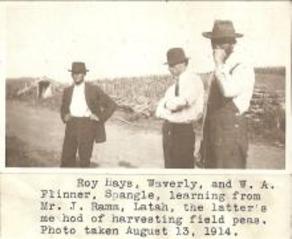 The text from the article above:

President Theodore Roosevelt on a train stop in Waverly, April 10, 1911 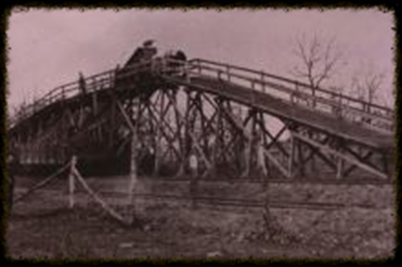 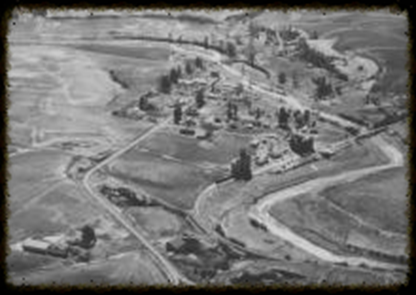 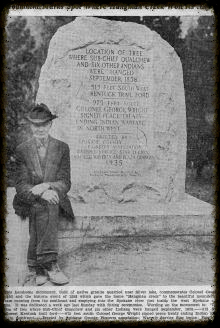 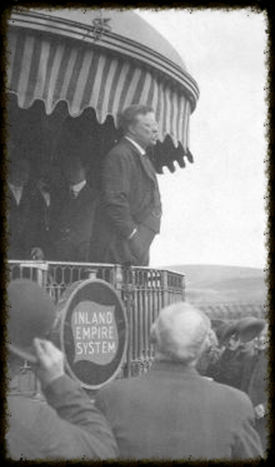 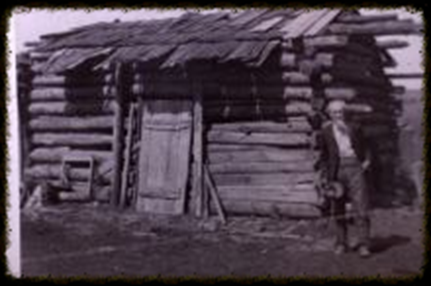 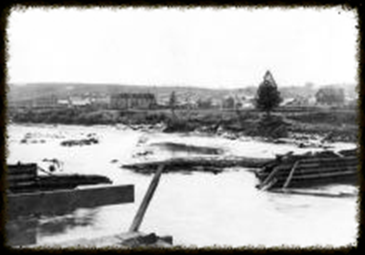 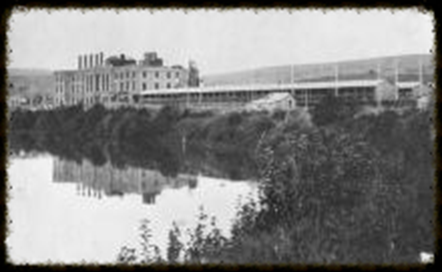 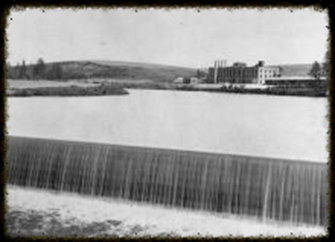 The town of Waverly was settled by white immigrants as early as 1878. It is located on the north east side of Hangman Creek between Fairfield and Spangle.

The first official post office was established in 1879 at the residence of A. D. Thayer, on Hangman Creek about a mile east of the present town site. The first pioneers were Major Wimpy in 1872, Frank Dashiell in 1874, followed by Godfrey Richter, A.D.Thayer, Mr. Sanders, Mr. Connolly, Mr. Hollis and Mr. Kienbaum.

In the early spring of 1898, activity commenced on the south east side of Hangman Creek. This new area was called New Town Waverly. The Washington State Sugar Beet Factory was built in this area. A dam was built across the Hangman Creek, as water was needed for the beet factory. A large brick structure was built to process the beets along with three large sheds for washing beets before processing. These large buildings were ready for operation in about 16 months.

Shortly after that, a branch of the Oregon Railroad & Navigation Company, and warehouses built by the Spokane Grain & Milling Company as well as the Pacific Coast Elevator Company were built in Waverly.  Within a few months as many as fifty new buildings had been built on the south east side of Hangman Creek. New stores included a hardware store, harness shop, meat market, jewelry store, general merchandise and a millinery store. Two large hotels, two restaurants, a livery stable, barber shop, one physician, one real estate agent, one insurance agent and a bank were established. The main street was named Newport Ave. The town population swelled during this time. Old reports state that as many as 2000 persons were in town during the height of activity. The 1900 census lists 895 persons including, 186 Japanese farm workers.

In December 1899 a beet sugar factory built by the Washington State Beet Sugar Company opened. It cost $500,000 to build, included a 1,400 acre farm, and could process 350 short tons  per day.  The beet sugar company employed 150 workers in the factory, and up to 400 workers in the beet fields during harvest time. However it was considered unprofitable and inferior. The factory closed in 1910. The factory's equipment and machinery were eventually sold to the Gunnison Sugar Company for $100,000 and the equipment was installed in Centerfield, Utah in 1917. The remaining buildings were demolished. The town was reestablished back on the north side of the creek where the present town now stands.